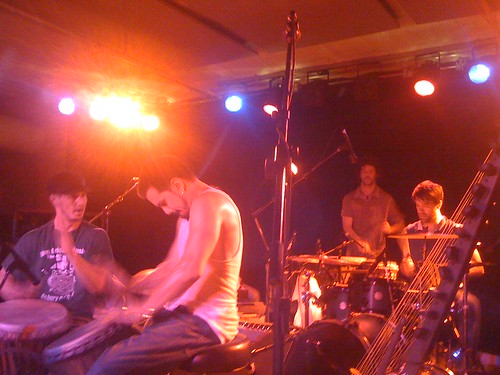 Although I was really hoping to be in Chicago this past weekend to catch the Police with Elvis Costello, I did get one benefit of having to stick around Charlottesville for the weekend: I caught another fantastic Toubab Krewe show on Friday night. I saw these guys last fall at the same exact place (the Satellite Ballroom), but this time around they really kicked it up a notch and impressed me.

If you’ve not yet checked out Toubab Krewe, they are basically a West African instrumental jamband: a bunch of white boys from Asheville, NC who play traditional West African music, complete with the kora and plenty of drums and percussion. But it works.

I really dig their blend of traditional stringed harps (the kora) and fully electrified, effects-laden guitars. And when you add to that some meaty basslines and a solid rhythmic foundation of traditional African drums, you’ve got the makings of a sound I can get into. Of course, I really like a lot of West African guitar music, so this is a good mix for my ears.

(sidenote: my apologies for the rough photos; I was without my camera and went with the camera phone in its place; not bad for a phone though, right?) 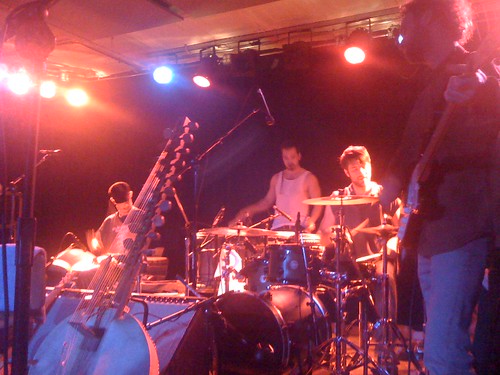 On previous occasions, I had grown a bit tired of hearing a lot of the same material from the band’s original, self-titled album. But with a solid set of new tunes and another six months of touring under their belt, the band really seemed like it had matured. The guitars were less wandering and noodling from what I remembered; the improv, much more focused. 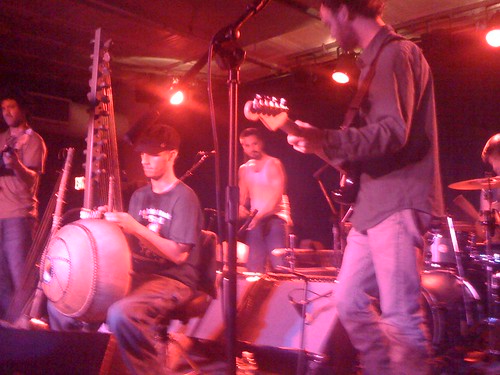 These guys laid down some seriously groovy music on Friday night. While they played a few of their darker and mellower tunes, my favorite moments found the band stepping up the energy and focusing on that happier, major-chord sound that just exudes West African music. These were the moments where they reminded me of some of my favorite African guitar bands, complete with that twangy guitar tone and a upbeat rhythmic backdrop that makes it impossible not to move your butt. 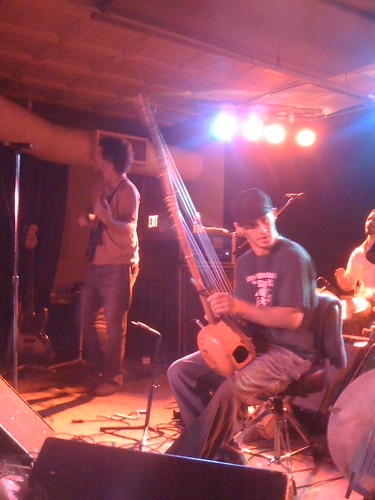 On other tunes, there were hints of old-school surf rock (a la Dick Dale) or they would stretch the sound out a bit more into psychedelic territory, complete with the pounding tribal drums and washed-out guitar noise. My buddy even leaned over at one point to say it almost reminded him of a Pink Floyd jam. Definitely some tribal s***. 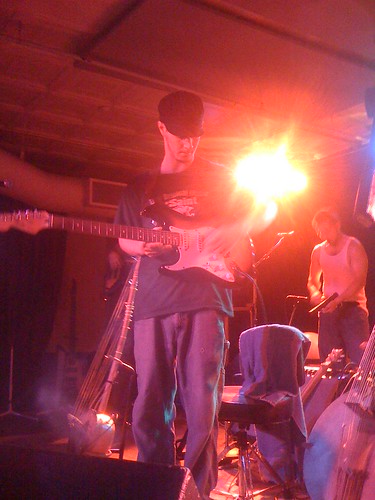 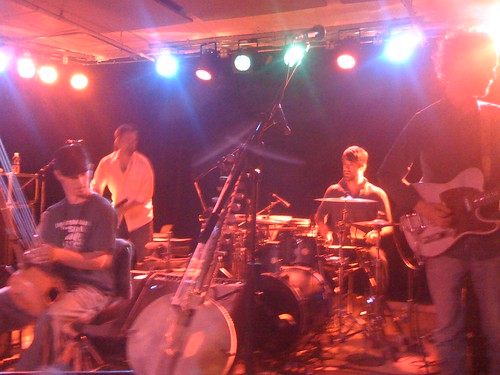 Of course, with any Toubab Krewe show, it seems you’re always going to get a full-on drum session. The entire band chimes in on percussion and charts through some traditional drum passages. Good stuff, but I think I prefer the strings. 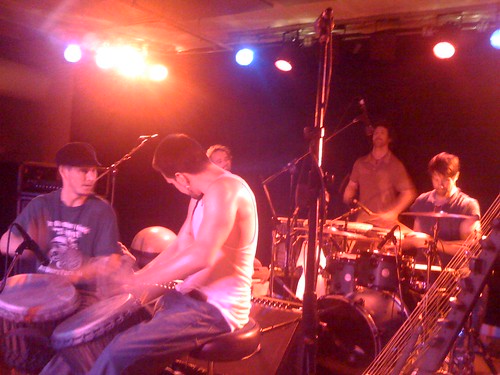 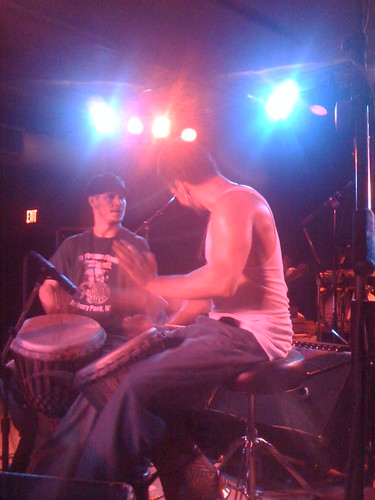 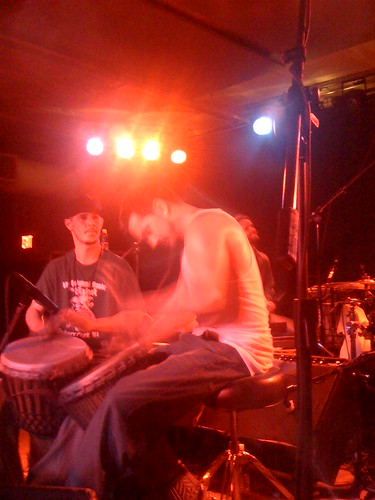 Overall, Toubab Krewe captured a perfect, feel-good vibe at this show on Friday night. People were in good spirits, the drinks were flowing, and the band was dropping upbeat music that really riled up the crowd. Honestly, I think I had one of those transcendent moments where I just felt that everything was good. It’s a feeling I haven’t had at a show for a while now, and it was great to have it back. Later on, my friend said something like “man, there was just something about that show!” Exactly. 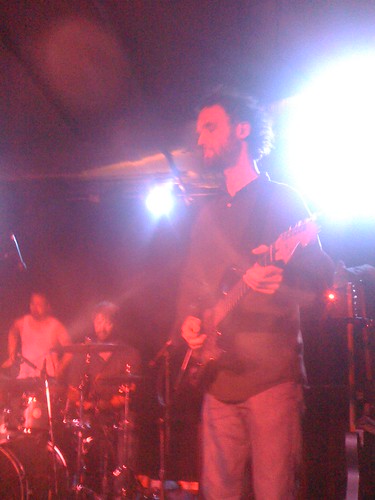 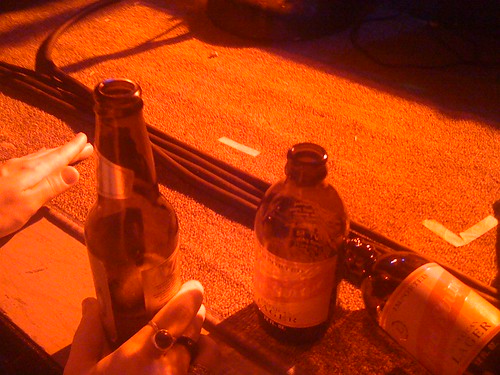 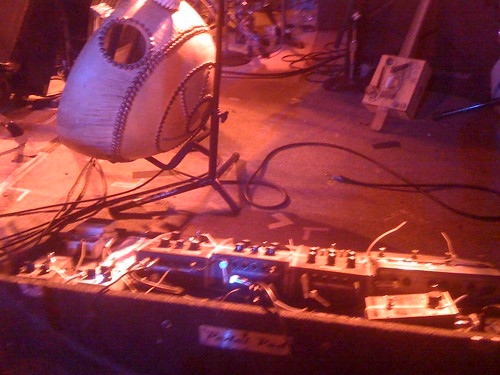 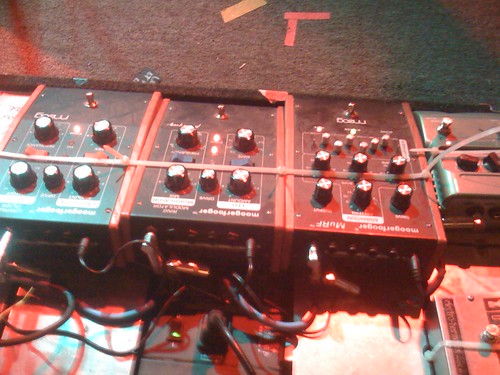 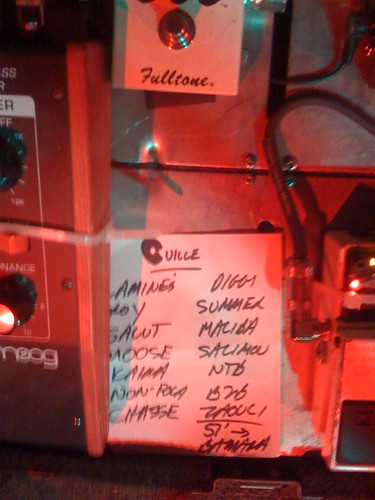