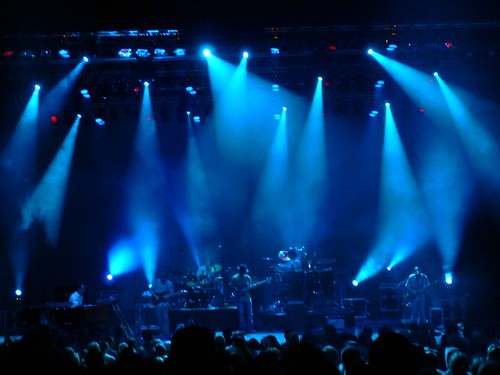 Out the Other has started an Austin City Limits music festival preview blog and she’s got a long way to go! I’ll be keeping up, though.

Brooklynvegan put up another round of Bonnaroo photos, but the ones of Shooter Jennings with Drea de Matteo alongside the stage are the best to me. Adriana!

Phish’s Live in Brooklyn CD set got previewed on Sirius last night — hope you caught it! (I sure didn’t).

Donewaiting.com has reworked the site design and consolidated all of their separate blogs onto one now. Let’s hope that feed helps me find which blog it would have come from before; I’m looking forward to the new changes.

Thanks to Rolling Stone’s little blurb on Jim James loving the Slip, we’ve got two tracks to feature from their forthcoming album…